The £200 million turnover company has trained more than 225 apprentices over the last 10 years and employs more than 700 people across three regional offices – Bolton, Stoke and Birmingham. 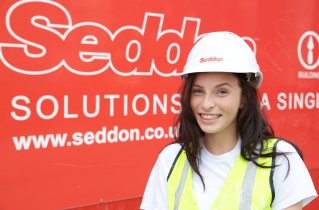 Builder and developer Seddon approached Frontier PR to raise its profile outside of the North West of England, and establish itself as an industry leader in the delivery of apprenticeship training.

As the company looks to expand further, Seddon was keen to break out of its reputation as a North West construction firm and ensure PR supported its national spread.

Over the space of a year, Frontier PR has secured more than 300 pieces of coverage in national, trade and target regional media outlets, with features, news stories and comment pieces appearing in BBC News, key trade publications, regional dailies and on broadcast media.

To cement Seddon’s 80-year heritage in delivering high-quality apprenticeships, Frontier PR worked closely with key trade media titles and industry bodies. With 97 per cent of Seddon’s apprentices completing its 3.5 year training staying with the company when qualified, Frontier PR realised the importance of building relationships with trade bodies and associations in order to differentiate Seddon from other contractors, which might only train apprentices for two years.

Building collateral, such as apprenticeship case studies and advocacy, Frontier PR achieved significant trade coverage, commenting on every apprenticeship news story, including labour and conservative apprenticeship plans in the run up to the election.

Emma Hodkinson, Marketing Co-ordinator at Seddon, said: “Frontier PR has taken Seddon to the next level, we are now regularly referred to as a leading contractor in the trade press, rather than a North West based builder – a dramatic shift from where we were six months ago., commenting on every apprenticeship news story, including labour and conservative apprenticeship plans in the run up to the election.

“The main publications we want to target are now aware of our heritage and expertise in apprenticeship training, and they are coming to us directly to comment on the breaking news stories of the day.”