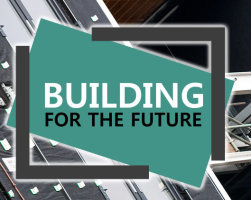 How Frontier Public Relations used research to connect a leading supplier to UK housing with construction and housing mega-trends.

Epwin Window Systems is one of the UK’s largest manufacturers and suppliers of PVC-u products, to the UK housing market, including, house builders and social landlords.

Epwin’s brief was to intelligently raise its profile in its target markets, promote the company as a thought leader and innovator, and communicate the breadth of its product and project experience. Epwin was seeking to generate both owned and earned content for its digital channels, such as its website, Twitter and LinkedIn.

Frontier PR decided to use its significant expertise in social housing and the built environment to conduct a series of research projects for Epwin. The body of research, called Building for the Future, has its own identity but is curated and owned by Epwin.

The first examined the factors driving change in UK housing design, and how these are influencing the way that homes look and perform. The project involved the surveying and interviewing of architects, specifiers and other design experts, as well as significant desktop research. The research unearthed nine key trends, including our aging population, the construction skills shortage, climate change and technical advances in construction and architecture.

The second project focused specifically on social housing, and asked social housing professionals to score 20 factors for their impact on social housing design and build.  It than compared and contrasted anticipated housing mega-trends with those from the previous decade.

The third project focused on the use and perception of MMC (Modern Methods of Construction) by social housing providers. As well as desktop research, industry experts including development managers, were surveyed and interviewed. The results of the survey included insight into the current use of MMC, plans for future uptake, as well as both the perceived and experienced barriers to use of these methods of construction.

The completed research is housed on the Building for the Future micro-site, which includes a summary of each research project. Full research reports can also be downloaded in return for contact information.

In each case, Frontier PR has gained wide-ranging media exposure for Epwin in all of its target trade publications such as LABM, PSBJ, Architects Datafile, FC&A, Specification Magazine and Housing Digital, both online and in print. This coverage has included a number of lead features which appear in a prominent position in the magazine and are often made reference to on the front page.

Building for the Future research has provided Epwin with a body of work that it will keep adding to over time with interesting new topical subjects that will continue to raise its profile in its target markets.

If you’d like to talk to Frontier PR about this campaign, or how you can benefit from integrated communications email david@frontierpr.co.uk or call 07939 137 098 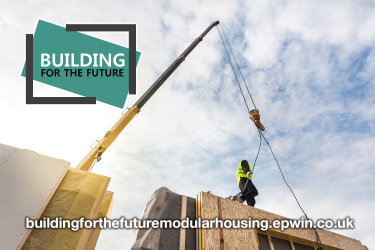