Noise complaints, a broken shower and the effects of Storm Barney are among the things keeping housing workers in Salford busy at night.

Housing association Salix Homes held its much anticipated night-time Tweetathon live from its CCTV control room to kick start Housing Day on Wednesday, November 18 for the second year running, giving people an insight into what happens in the city after dark.

The 12-hour Twitter marathon, which started at 5pm on Tuesday, November 17, focussed on the work of Salix Homes’ 1st Response Team who provide round-the-clock access to all housing services, but also carry out mobile patrols, respond to reports of anti-social behaviour day and night and monitor more than 600 CCTV cameras covering 28 tower blocks across Central Salford.

Among the calls received was a noisy neighbour complaint, an emergency toilet repair and an elderly lady who needed help with her water.

The night staff also carried out checks on vulnerable tenants and assisted officers from Greater Manchester Police by going through CCTV footage.

This marked the second time the Salford-based landlord had run the captivating Tweetathon, following the success of last year’s initiative. 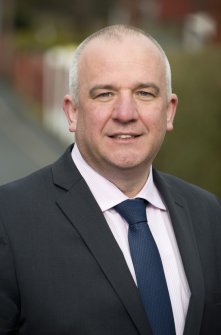 Lee Sugden chief executive at Salix Homes who joined officers in the control room, said: “We’ve brought our Tweetathon back by popular demand, which not only provides the public with a unique insight into the huge array of issues and incidents our dedicated 1st Response officers have to deal with, but also the valuable role housing providers play to communities across the country. From responding to reports of noise nuisance, which are committed by the minority, but affect the majority; to assisting the police in tracking down offenders, there's never a dull moment for our officers.

“In an average shift they handle around 2,500 calls as well as carrying out regular patrols of Salford, assisting the emergency services and dealing with the day-to-day housing services such as people wanting to pay their rent.

“Housing Day is well established now and is a fantastic national campaign which highlights the work of the housing sector, so we were delighted to be taking part. The reaction from the public to our Tweetathon has once again been hugely positive, with many surprised by the scale of calls and incidents we are tasked with every night – this just goes to prove that we are so much more than just bricks and mortar.”