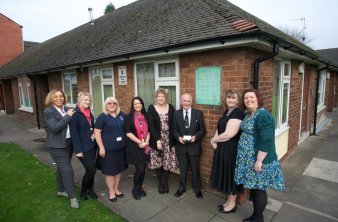 A housing association that is campaigning for better links between health and housing services across the country is marking the 60th anniversary of one of Britain’s first sheltered schemes.

The Queen’s Close development, in the Worsley area of Salford, opened its doors in 1954 and was one of the first schemes of its kind, with individual bungalows and a warden on-site.

The anniversary comes just weeks after City West Housing Trust, which owns and manages the properties, unveiled its new Amblecote Gardens extra care development in Little Hulton – which the landlord hopes will help change the way housing is delivered for older and vulnerable residents.

The housing association has just completed work with think tank the Institute of Public Policy Research (IPPR) to outline ways that housing and health services could work together to ensure that the right support is available for people as they enter old age, and is now calling for a national debate on the issue.

An article in the Worsley Journal in 1954 describes how Queen’s Close was “setting a standard” and how the council hoped that “other authorities would be interested and copy the scheme”.

“The scheme at Queen’s Close was a pioneering development in the 1950s and it’s great to see that 60 years on we are continuing to innovate and set new standards for delivering housing for older and vulnerable people.

“At lot has changed since Queen’s Close welcomed its first residents. We have an aging population and the challenge for the country is to find a way to allow people to remain living in their homes and keep them out of hospital.

“Amblecote Gardens has been designed to support people as they enter old age, not only by offering a state-of-the-art facility and around the clock support, but also by ensuring residents remain at the heart of their community tackling issues such as isolation and loneliness. It would be great to look back in 60 years’ time and see that more schemes like this have been adopted across the country.” 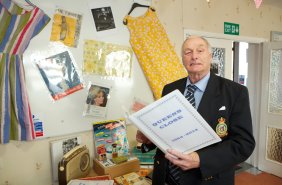 To mark the milestone, residents of Queen’s Close gathered in the communal room to enjoy a 1950s themed tea party along with staff from City West’s Independent Living Service. The event was attended by Councillor Pennington whose father originally opened the scheme 60 years ago.

Irene Hall, who has lived at Queen’s Close for 16 years, said: “It was nice for everyone to come together and celebrate. This is a great place to live with a real community spirit. The event was brilliant and the props, smells, food and games really captured the atmosphere of the 1950s.”

“We are committed to ensuring our customers can live independently in their homes and Queen’s Close demonstrates how we can create modern vibrant schemes for our older customers which remain true to their roots.

“A fantastic community has been built at the scheme over the years and this was a great occasion for everyone to come together and celebrate another significant milestone in its history. We look forward to continuing the commitments put forward when the scheme opened, giving elderly people a home of their own in the heart of their community.”