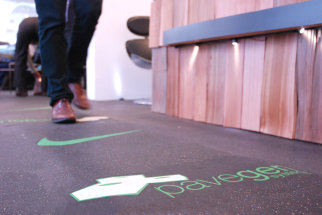 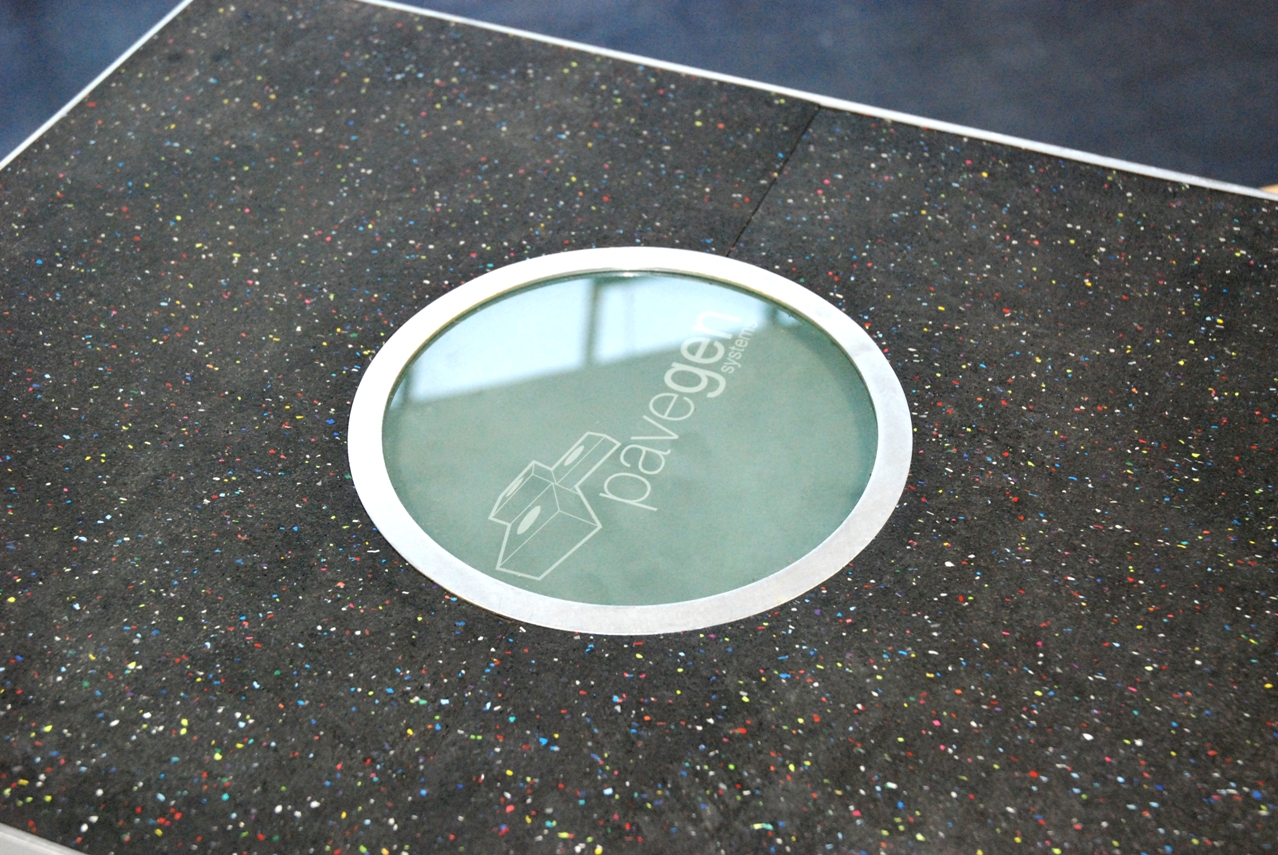 Look hard enough amongst the wealth, power and influence at the World Economic Forum in Davos, Switzerland next week and you may just find Pavegen Systems - one of the UK’s most exciting and disruptive clean technology companies.

A London based company still very much in its ‘youth’, Pavegen has been invited to install a floor of their innovative energy-generating units by Nike – in combination with one of its world-class Nike Grind surfacing products, Training Ground with Nike Grind.

The Pavegen energy harvesting technology will be placed under the Nike Grind in the Hub Culture Pavilion, where it will capture the kinetic energy from the delegates’ footsteps to power indoor LED lighting (each Pavegen unit will power 4 LED spotlights).

When stepped on, the tile surface flexes a near-imperceptible 5mm, converting kinetic energy to renewable electricity. The electricity can either be collected in a storage system or be used instantly for any electrical application such as street lighting, advertising displays and sound generation.

Pavegen is ideally used in high footfall locations such as shopping centres, transport hubs, supermarkets and sports arenas. With an expanding population, this previously unharnessed resource allows for a localised solution for off grid energy generation.

Pavegen’s CEO Laurence Kemball-Cook can’t wait to get to Davos: “It’s an opportunity to profile Pavegen’s solutions to some of the world’s most influential people, which for a technology as fresh as ours, is invaluable.”

Laurence continues: “Wednesday the 25th at The Davos Pavilion has been designated Climate Deal Day, so I’ll be anxious to join the debate and ensure that alternative sources of energy, such as ‘crowd sourcing’ electricity from areas of high footfall, are considered alongside the established renewable energy solutions such as wind and solar.”

Laurence concludes: “We are delighted to be invited to install our system at the World Economic Forum, it will allow global leaders to experience Pavegen for themselves. I cannot think of anywhere better than Davos to showcase UK cutting-edge innovation.”

One of Pavegen’s highest profile contracts to date will see their award-winning paving slabs installed at the Westfield Stratford City Shopping Centre, next-door to the London 2012 Olympic Village. The system is expected to generate approximately 50% of the total outdoor lighting energy needs of the Centre.

The World Economic Forum Annual Meeting begins on January 25th, while the Davos Pavilion runs from the 23rd to 30th January.  Access to the Hub Culture Pavilion is by invite only.