Nobel Prize for scientists behind MTI Proof of Principle project 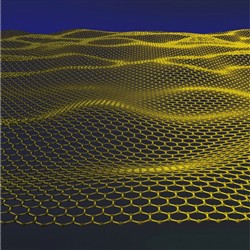 A Proof of Principle (PoP) project supported by the UMIP Premier Fund (UPF), which is managed by technology specialist investors MTI Partners, has been boosted by the award of a Nobel Prize for the background science. The prize was given to Professor Andre Geim and Dr Konstantin Novoselov both at the University of Manchester, UK, for their research on Graphene.

Graphene is a flat layer of carbon atoms tightly packed into a two-dimensional honeycomb arrangement. It is so thin it is practically transparent, but as a conductor of electricity it performs as well as copper, and outperforms all other known materials as a conductor of heat. It also has some unique structural characteristics.

UPF’s project is developing applications of Graphene in composite materials in areas including instrumentation, electronics and packaging. The project is being led by Dr Ian Kinloch, Professor Robert Young, and Nobel Prize winner Novoselov, all based at the University of Manchester.

The commercialisation project is being managed by UMIP, the University of Manchester's technology transfer arm, with commercial input and financial support from MTI Partners.

David Ward, Managing Partner at MTI, commented: “We congratulate Prof. Geim and Dr Novoselov on their outstanding achievement in winning the Nobel Prize for Physics.

“MTI is delighted to work alongside the University to commercialise and create direct economic value from the practical application of the world’s leading science.”

MTI’s Manchester-based Investment Manager Dr Mark Rahn, continued: “Although many of those real-life applications of Graphene are still some time away, our PoP project is also exploring possible “early wins” in the market, which is exactly the commercial emphasis that MTI likes to see in its PoP investments.”