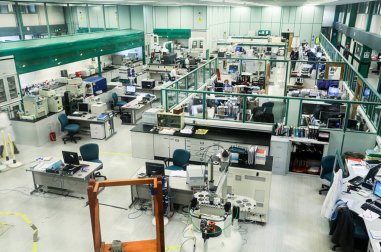 Multi-national science companies are expanding their laboratory space in Manchester as the Northern Powerhouse develops.

Manchester-based Hexagon Tower, the UK’s only vertical science park, has seen its existing tenants expand their presence at the facility by 16 per cent in the past six months.

Lonza, a global supplier to the Pharma, Biotech and Specialty Ingredients Markets, expanded by an extra 2,275 sq. ft.for new offices and a Hair Care Centre, with an additional 4,898 sq. ft. under offer subject to contract.

Chemical company SmartKem, which manufactures semiconductors for applications including flexible digital displays and electronics, has expanded by 5,036 sq. ft.

“SmartKem is developing leading high performance organic semiconductors with global appeal, and to be driving such innovation from the North West epitomises the SmartKem ideology. With a wealth of highly skilled organic chemists, our expansion at Hexagon Tower is in part due to the boom in Manchester’s science sector, and hopefully over the course of the Powerhouse’s construction, we can look to invest in further,” Steve Kelly, CEO of SmartKem, said. “The development of the Northern Powerhouse, especially with its focus on science and technology, shines a light on businesses located in Manchester and will hopefully continue to draw investment to the region.”

The four expansions at Hexagon Tower over the past six months is a reflection of the current boom in the North West’s science industries.

The science sector has been highlighted as a key area in Chancellor George Osborne’s pledges to develop the Northern Powerhouse.

As part of the Chancellor’s Budget released in March, the Government has committed to invest more than £450 million into developing institutes for research into advanced materials such as Graphene, cognitive computing, healthcare technologies, and for developing energy and nuclear technologies. 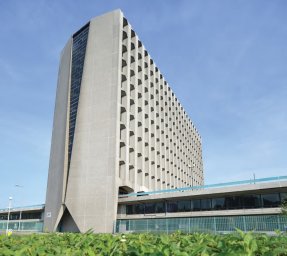 Chris Mitchell, Associate Director at LaSalle Investment Management, which manages Hexagon Tower, said: “Hexagon Tower has always mirrored the fortunes of Manchester since scientific works were first established there in the 1780s, through to the tower’s construction in 1973, and again today.

“Manchester is not just famous in the science world for splitting the atom and building the first computer, it is also the place where many applications we now take for granted – from CD-Rs to the dyes used in our clothes – were first developed.

“We are delighted that confidence in the Manchester science industry from the Government and multi-national companies will keep the city at the forefront of innovation and ensure the products we will use tomorrow are still created, developed and sold in the UK.”

Built by Imperial Chemical Industries in 1973, the iconic Richard Seifert designed Hexagon Tower is home to 15 companies working largely in the chemical and bio-technology industries.

In 2014, the facility joined five other science parks to form the BEST Network, the largest portfolio of privately owned science parks in the UK, spanning from Scotland to the south coast of England.

BEST aims to provide a vibrant,inspiring and productive community of forward-thinkers across all of its six science parks by providing shared facilities to help companies integrate and share best practises.