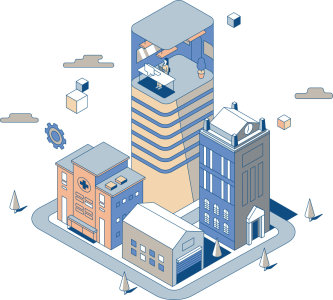 Whitecroft Lighting has published ‘Shining a Light on Net Zero’, a guide to decarbonising commercial lighting in the face of a rapidly evolving market.

Developed following extensive engagement with its customers, the guide seeks to move beyond luminaire, talking about efficiency by breaking down five key areas that should be considered when seeking to decarbonise commercial lighting, they are: Don’t lose sight of people; make every watt count; know your impact; go circular; and be smarter with data.

The vast majority of commercial lighting decision makers are now including, or even prioritising, net zero carbon by 2050 in their decision making, and are increasingly anxious to hit challenging carbon reduction milestones.

However, Whitecroft has identified that target driven specifying can lead to two-dimensional decision-making, which can then create other unrelated problems, or even miss opportunities to make further upfront or operational carbon and cost reductions.

Tim Bowes, Whitecroft Lighting’s Head of Lighting Application said: “We see that in the rush to hit net zero, there are other important factors and opportunities that are getting missed.

“For example, regardless of carbon, we must create positive, life-enhancing environments for the people that use them, and lighting plays a big factor on that. The wellbeing of people can’t be side-lined. “How we identify and measure carbon is also changing, with embodied carbon, the CO2 that is emitted during the manufacture, installation and disposal of building materials, now being recognised alongside operational carbon, generated by day-to-day building usage.

”Tim continues: “Once you’ve taken the time to identify and measure all the embodied carbon in a lighting product, then it’s common sense to find ways to lengthen its lifespan using principles of circularity, modularity and replace and reuse, to delay disposal as long as possible.

“There’s definitely an increasing demand for lighting with reduced embodied carbon, so Whitecroft is working to expand its Cradle to Cradle Certified® range of circular designed products.

“Finally, we also regularly see projects where the quality of lighting technology available can now deliver much greater efficiencies than the standards set by government.

”Tim explains: “A good example of this can be seen in reduction standards set by the Department of Education for primary schools, where the specified kWh per-meter squared per-annum can be improved on by around 30% with the best quality LEDs, controls and emergency systems.

“This would save schools significant amounts of carbon and money in the face of rapidly rising energy costs.

“We recognise that there’s a lot to think about, but we’re committed to playing an active role in assisting the market to decarbonise lighting.” Whitecroft has led the way in sustainability in UK commercial lighting and mechanical and M&E both in terms of lighting design, and the accurate measurement of carbon in its products.

In 2021, Whitecroft secured its first Environmental Product Declaration (EPD) on its Flight Vitality range, a third party validation on the whole life embodied and operational carbon in that product range.

Whitecroft has also reimagined the traditional lighting flat panel, and launched the Cascade Flex Vitality using principles of circularity, and in doing so reducing the embodied carbon by more than 40% in a typical office application.

Cascade Flex Vitality was also one of world's first luminaires to achieve Cradle to Cradle certification, in recognition of the product’s unique centre optic, which can be rejuvenated and futureproofed through replacement.

To download the Shining a Light on Net Zero guide, visit www.whitecroftlighting.com/net-zero/

Want to see the media coverage?