People in and around Trafford are missing out on rewarding careers in care because of the negative image of the industry, say 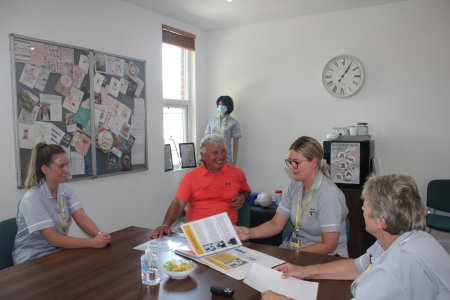 Beloved Homecare, one of the North West of England’s leading providers.

The Trafford based homecare agency, one of only three rated outstanding by the Government’s regulator the CQC in Greater Manchester, has been unable to fill any of seven currently open carer vacancies, despite offering an attractive, stable salary of around £25,000, training and the incentive of career progression into management.

An independent poll commissioned by Beloved Homecare revealed that 1,502 UK adults believe professional home carers earn less on average than those operating in retail, hospitality or working as flight attendants (only 8% felt that home carers earned more on average).

These numbers are supported by research conducted by the United Kingdom Homecare Association (UKHCA) which found that the Covid-19 crisis has exacerbated the longstanding issues of recruitment and retention in the sector, with demand for services rising and more people leaving the sector due to ‘low pay and burnout’.

Beloved Homecare Managing Director Mark Collier said: “I’m genuinely socked that haven’t received a much broader range of candidates for roles that offer a competitive salary, and genuine opportunities to learn and progress into management.

“But we’ve been unable to fill a single home carer vacancy in over two months, and it’s becoming a big headache for us, as it’s limiting our future growth potential.”

Mark continues “Unfortunately 80% of the applications we receive are immediately ruled out because people either can’t drive or are unable or unwilling to work alternate weekends - or they simply live too far away.

“Many of the remaining 20% then lack the verbal communications skills required when caring for older people.

“Despite widespread gratitude and praise for carers during the pandemic, in reality there is still a general perception that caring is the bottom of the economic ladder or career food chain – something you do when you can’t do anything else.  The industry is blighted by a poor image.”

“But this simply isn’t the case at Beloved Homecare, where carers are well trained and on average earn around £25,000 plus bonuses. This compares favourably with, say, an entry level flight attendant, who will earn on average less than £21,000.”

Karen said: “I’d worked in retail and hospitality jobs for years, and always thought of myself as a people person, but with the instability and redundancies in these markets I decided to apply to become a home carer.

“I think that with the right support and training from your employer you can make a real difference, not only to an individual’s life, but to their whole family.

“I’ve found it an extremely rewarding experience so far, and I’ve become very close to some of the families I work with. There is nothing like coming home after a shift knowing you have helped someone feel, safe, comfortable, and happy.”

Mark continues: “Beloved’s staff turnover is also low, only 12%, compared to a 15% average annual turnover of staff across all UK industry – and almost 40% across the UK care industry.

“There’s no doubt that many home carers have been heroes over the last 18-months, and we want to do our part in changing attitudes, but I believe the best way we can do that is by offering a genuine, rewarding alternative to the perceptions of minimum wages and zero hour contracts.

“Like Karen, candidates need not have a background in care, but must have the right attitude and aptitude: be caring and empathic – but also be a good communicator, punctual and well organised. The rest we can teach.

“If you are a naturally caring and sociable person, this could be a really rewarding and stable career opportunity for you.”

Mark concludes: “It’s so important that our industry is able to competitively recruit talent, as demand for care is rapidly increasing due to our aging population, and an ongoing shortage will see more older people forced out of their homes and into residential care.”

Talk to Frontier Public Relations today and discover how we can secure high-value media coverage for your business. Call 0161 306 8502 or email david@frontierpr.co.uk. 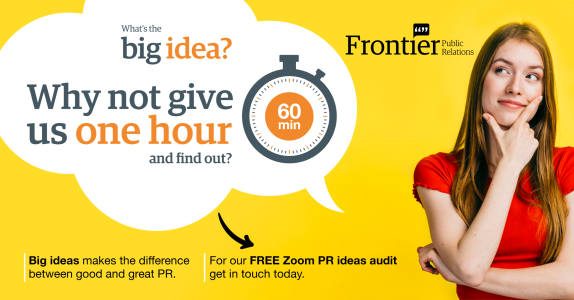