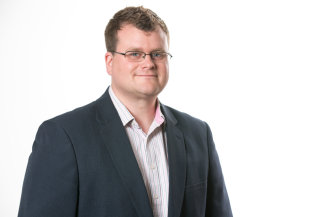 New EU legislation has led to a sharp rise in the number of housing associations turning to frameworks for low cost works – according to a leading procurement firm.

Procurement For All, which is run by a consortium of six housing associations and has 21 landlord members in total, has reported a 30 per cent increase in activities on its small value frameworks as landlords look to adopt to the new rules.

Changes to public sector procurement law came into force in February across the EU, and means that contracts worth as little as £25,000 must now be opened up to competition by being advertised on the Government’s Contracts Finder website.

Keith Armstrong, Managing Director of Procurement For All, said: “We always knew that the new regulations would create more work for procurement teams, but are now seeing the full effects on low-value contracts that may have traditionally been awarded to contractors via an approved supplier list.

“At a time when housing associations are under increased pressure to offer value for money many are turning to procurement bodies to ensure that they comply with these new laws.”

The new EU directives came shortly after 160 associations were warned by the Homes & Communities Agency (HCA) that they had to improve the way they demonstrated value for money.

Armstrong added: “With a myriad of new regulations to adhere to, housing associations face challenges from potential contractors.”

The organisation released £48 million of work in 2014, with 21 housing association members and 140 contractors signed up to its frameworks. It expects its members to release £55 million worth of work in 2015.

In the months from February the organisation saw a steep rise in the number of enquires it received on its lifts and hoists, CCTV, fire equipment, digital tv, portable appliance testing (pat), warden call, kitchens and bathrooms and internal and external cyclical decorations frameworks.

Procurement For All is one of the only bodies to run mini-competitions free of charge, instead of charging for the service, either directly or as a percentage of contract value.

Armstrong added: “This is a key time for procurement in social housing with the one per cent rent reduction announced in the Budget hitting smaller organisations the hardest, while many are revisiting their business plans to find savings.”