Food bank effort steps up after increase in demand 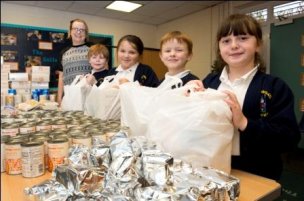 A Salford food bank which has provided a lifeline to more than 140 families is set to be expanded as more people from across the city fall into food poverty.

City West Housing Trust, which owns and manages 14,600 homes across West Salford, has run the food bank to support households in the Little Hulton, Walkden and Boothstown areas as part of a pilot project over the past 12 months.

The project is part of the Salford Foodshare Network, which brings together a wide variety of agencies who want to tackle food poverty. With help from Salford Council and staff at Tesco’s Walkden store, City West has already distributed more than 250 food parcels that are designed to support local people who are struggling to afford enough food to get them through the week.

Each of the 140 households that have taken advantage of the service receives a follow up visit from one of City West’s Neighbourhood Officers, who work with the family to provide support with their tenancy, financial advice and refer them to other support services such as Jobcentre Plus and Citizens Advice.

The increasingly tough financial climate means that demand for the food parcels has risen this year, and with energy bills set to increase this winter City West has decided to establish the food bank as a full time project.

The number of people receiving help across the country from food banks has increased from 42,000 in 2010/11 to almost 350,000 people in 2012/13 according to research from The Trussell Trust, with a total of five new food banks opened in the Walkden and Little Hulton areas in the last year. 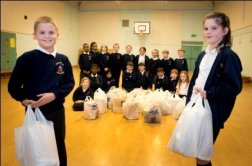 Matt Jones, Assistant Director of Communities and Neighbourhoods at City West, said: “Food poverty is a hard thing for a family to face. We know that many people are facing an incredibly tough time at the moment.

“Over the last 12 months the food bank has proved a vital service for those who have been hit hardest. Many people we spoke to simply did not have enough money to make it to the end of the week, and others were forced to choose between heating their homes or feeding their families.

“The feedback from our customers has been overwhelmingly positive, so we’re delighted that we can continue with this scheme.”

If you, or someone you know, could benefit from the food bank then apply for a parcel at City West’s Little Hulton Area Office at the Hulton District Centre, Longshaw Drive, Salford.