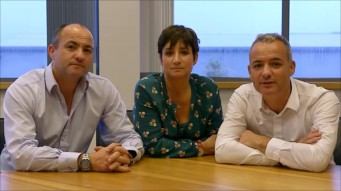 A North West builder and developer has released a touching video tribute to its chairman.

Seddon has released a video featuring a poem by Mancunian poet Mike Garry, which sees staff recite the poem about the history of the 119 year old, family-owned construction firm Seddon.

Following the sad passing of the family-owned firm’s chairman, Christopher Seddon MBE, in August 2015, Mike re-worked his original poem and created a video tribute to the well-known construction boss with Christopher’s children Jonathan, Jamie and Nicola – who are all directors at the firm.

The poet – who also recently worked on the single St Anthony, commemorating the life of Anthony Wilson – wrote the poem after spending six months shadowing the firm.

Mike and the Seddon staff recite the poem, which captures the history of the company that was founded in 1897 by Christopher’s grandfather George Seddon and his brother John and is now in fourth generation family ownership. 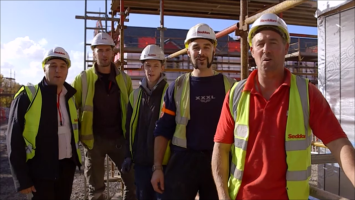 The poem also explores the DNA of the company – family, quality work, craftsmanship and training, all things very important to Christopher throughout his life.

Mike Garry said: “It is always an honour to work with Seddon. Their approach to working with people and encouraging art to be entwined in their working life is refreshing and invigorating in a world so focused on profit.

“This video celebrates Seddon’s commitment to young people and training and recognises the importance of their loyal and committed workforce.”

The video opens with a tribute to Christopher, who joined the firm as an apprentice bricklayer in 1959, and in 1982 went on to be the third generation of the family to lead the company, which now has a turnover of £190 million and employs 700 staff.

Seddon has trained apprentices for 80 of its 119 year history, and over the past 10 years has employed more than 225 apprentices. 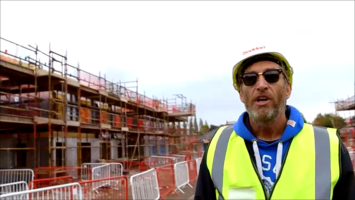 The firm currently employs 57 apprentices and its apprenticeships last for 3.5 years, and regularly receives 500 applications for its yearly intake.

Jonathan Seddon, Managing Director at Seddon, said: “Mike has done a superb job in capturing our history and our DNA.
“Dad’s commitment to both the company and the sector was unwavering throughout his life – so it is a fitting tribute that the staff should recite the poem.”

The video can be viewed at: https://youtu.be/TbAQCEiNzCc

This content was published by Frontier Public Relations Ltd.