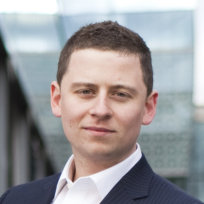 Cleantech pioneer Laurence Kemball-Cook, CEO of London renewable energy innovators Pavegen Systems, has welcomed Government’s plans to back increased lending to SME’s via four of the UK’s largest banks, but still feel more must be done to bridge the ‘equity gap’ for early stage start-ups.

Laurence, who has developed Pavegen from a one man start-up in 2010 to a multi-award winning cleantech SME with global export aspirations, feels the time is right for Government to further assist entrepreneurs to access the financial support they require to realise and accelerate business growth.

Laurence said: “I’m sure that the National Loan Guarantee Scheme, the £20bn lower cost loans being made available to SME’s via the major banks, will make a significant difference to more established businesses – but what about those at an earlier stage?  I don’t see this being particularly helpful to them.”

“The inability of entrepreneurs and small businesses to access appropriate finance has been a big concern of mine since I experienced the challenge firsthand. Just trying to find the relatively modest funding to get Pavegen off the ground proved very frustrating, resulting in me having to scrape together enough money from my family to get things started.”

Laurence continues:  “I am pleased however that The Chancellor has announced his intention to offer enterprise loans to help young adults set up new businesses, this sounds positive and I’ll look forward to seeing more details in due course.

“I hope they are significant as I strongly feel that it is this very early stage where the government could make a real difference – because it was only when Pavegen finally got off and running that things started to move on quickly.”

This is confirmed by Anthony Clarke, Chairman of BBAA and the Managing Director of London Business Angels (part of Angel Capital Group), who’s network invested £210k into Pavegen: “We were able to help Laurence understand the needs of angel investors and he soon became a very polished performer, to the extent that he managed to set a new record for the speed in which a round of investment was closed – just three weeks!

“The technology and business model clearly demonstrated tremendous potential, and that would suggest that perhaps more could be done to support ventures such as Pavegen at an earlier stage.”
Anthony continues: “That said, although I understand Laurence’s frustrations, I would point out that there is currently no better place in Europe than the UK to be a start-up.

The 2012-2013 financial year will also see a capital gains tax holiday for investors who sell an asset, as long as they reinvest the proceeds in an SEIS-eligible start-up in the same year.

Laurence concludes: “I was interested to hear the Chancellor call for a ‘rebalancing’ of the UK economy, with less emphasis on financial services and more on the likes of design and innovation – particularly those companies with export potential.

“In just two short years Pavegen has gone from a concept to winning a UK Trade & Investment Exporting for Growth Award. It’s ensuring that businesses such as Pavegen mature as quickly as possible that will help the UK hit that magic £1 trillion of exports in the next decade.”

Pavegen is the inventor and developer of a unique clean energy solution that harvests and generates electricity from human footfall.  The company, based in central London, has been tipped for success and is set to become a major manufacturer and exporter over the coming years.