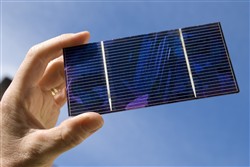 MTI has cautiously welcomed Chancellor George Osborne’s announcement that Government is planning to provide £1 billion of funding for a green investment bank, making the UK a leading low-carbon economy.

In the Spending Review, Osborne confirmed the new bank will go ahead with £1 billion funding. However, he also stated that he hoped much more would be raised by private sector investment - plus the future sale of government assets.

Setting out green measures as part of today’s comprehensive spending review, Mr Osborne said it was necessary when money was tight to "ruthlessly prioritise" areas of the economy which would support economic growth, including low-carbon infrastructure.

He also stated that he hoped the bank will fund clean energy and low carbon projects, leveraging billions of pounds in private finance.

Richard Henderson, Managing Partner at MTI Partners, commented: “In theory this is a good idea, and MTI welcomes Government committing funds to what is one of the UK’s fastest growing, and potentially most profitable markets.”

“However, I would urge the Chancellor to ensure that the bank follows predominantly ‘returns driven’, equity based investment criteria. The developers of early stage green technologies often find little use for loans, and make much better progress with equity led investment from VCs, who are able to add value alongside cash.

Richard continues: “This bank does not have to reinvent the industry, and it can best achieve its aims by reinforcing what already works.

“The UK’s clean and green-tech private equity market has matured in recent years with specialist companies such as MTI investing their own money, as well as managing dedicated funds, such as the University of Manchester’s UMIP Premier Fund.”

Richard concludes: “If Government wants to make a big difference quickly, it should look to use this existing infrastructure and work alongside and through venture capital and private equity as much as it possibly can.”