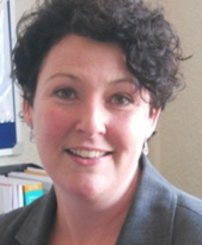 A lifeline for victims of domestic abuse in Wigan

The local division of a national charity is campaigning for victims of domestic abuse to seek support.

Citizens Advice Wigan Borough is raising awareness of the options available to people suffering from abuse by joining the national charity in marking 16 days of action as part of its Talk About Abuse campaign.

To support the campaign, which is led by the UN and other national and international organisations, the charity has prepared 16 simple actions which people can take each day to show their support and help victims of domestic abuse.

People who have signed up to the campaign will be emailed one simple action every day for 16 days, starting on Wednesday, November 25.

The campaign in Wigan also follows the revelation that six incidents of domestic abuse in the borough were reported to police across a 24 hour period in October.

With one in three people across the borough knowing someone affected by the issue, the charity, which has outlets in Wigan and Leigh town centres, is raising awareness of where victims can go to seek advice through its Talk About Abuse initiative.

Lisa Kidston, Chief Executive of Citizens Advice Wigan Borough, said: “While it is good news that more people feel able to report incidences to the police, there are still many who feel trapped and unable to reach out for support.

“That’s why we need people to start talking about domestic abuse. It is only through discussing what constitutes an abusive relationship and where they can find the right support that people will be able to find a solution.”

Talk About Abuse is a national campaign that aims to tackle some of the myths surrounding domestic abuse – particularly around non-physical forms such as controlling finances or that abusive relationships can continue between former partners.

The campaign is supported by a recent report from the national charity, A Link in the Chain, which showed that most people in Britain do not feel equipped to help someone who is suffering from domestic abuse.

With the region having the highest number of arrests for violent domestic attacks in Greater Manchester, Citizens Advice Wigan Borough hopes to encourage family members and friends of people suspected of being in an abusive relationship to talk about the options open to them.

Lisa Kidston added: “It is not always easy to identify when someone might be experiencing domestic abuse as it is not always physical. But changes in that person's behaviour, such as appearing frightened or going out less could be indicators.”

“Families, friends and even colleagues are in a unique place to help spot the signs and encourage them to report abuse through the right channels – ensuring that victims can have the chance to live a happier life as quickly as possible.”

Alternatively, you can visit the charity’s Open Door services in Wigan and Leigh town centres between 9.00 am and 1.00 pm Monday to Friday. For further details, please visit www.wigancab.org.

If you are in immediate danger, please call the police on 999.