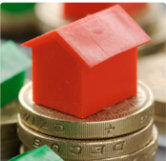 A recent survey of Chief Executives of North West based Social Housing providers, carried out by housing intelligence provider Mobysoft, has revealed the extent of concern for Government’s proposed housing benefit reforms

The coalition Government revealed its plans to pay housing benefit direct to the tenant rather than the landlord last year as part of its wider welfare reforms.

All the Chief Executives questioned consider this change to be of great importance, with over 50% of respondents claiming that it is the single most important issue facing social housing providers today.

Housing associations rely on rent as their main source of revenue, therefore a significant increase in arrears could create financial instability.

A report published last week by leading ratings agency Moody’s Investors Services, warned that plans to pay housing benefit direct to tenants would almost certainly have a negative impact on Housing Associations’ credit ratings, because paying housing benefit direct to tenants would be ‘credit negative’.  This fear was echoed by Cathy Payne, a senior Department for Work & Pensions official, at the Chartered Institute of Housing’s south east conference back in March.

The findings of the Mobysoft survey supports the Moody’s report claim that the North’s housing associations are particularly at risk from this area of benefit reform because of the fragile economic conditions they operate in.

Matthew Gardiner, Chief Executive of North West based Trafford Housing Trust, said: “The payment of housing benefit direct to landlords is one of the key features of the current system of financing social housing.  While making tenants directly and personally responsible for securing the means through which they pay their rent is attractive as a means of reducing a dependency culture, proposals to do this without protecting association’s cash flow and their standing with the lending community could ultimately prove counter-productive.

“The North West already faces the added pressure of having been disproportionately affected by the recession, therefore it’s imperative we tackle issues facing our organisations head on, and one of the ways we can do this is by investing in cutting edge innovation.”

Derek Steele, Managing Director of Mobysoft, said: “As a North West based specialist supplier to housing we wanted to engage with the regions social landlords.  Mobysoft assists social landlords with rent collection so our services must reflect a rapidly evolving market.”

Matthew Gardiner will be examining how housing should be utilising innovation at the ‘Progress North West’ leadership seminar, taking place on Tuesday 10th May.