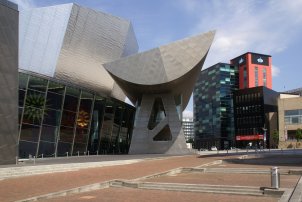 Leading figures from across the Greater Manchester business community are set to speak at Salford University’s Northern Powerhouse conference.

The conference will take place at The Lowry Gallery in Salford on Tuesday, November 10, and will address the impact the movement could have on Government, transport, arts, science and business.

The line-up also includes David Innes-Edwards, Managing Director at Frontier Public Relations, who will discuss the public perceptions of the movement, and Dr Kieron Flanagan from the University of Manchester, who will provide discussion from a science and technology perspective.

Ken O'Toole, Managing Director of Manchester Airport, said: "The airport has always been an invaluable economic asset for the North of England, and for many people in the region, whether they are flying for leisure or business purposes, we are a global gateway and the beating heart of the Northern Powerhouse.

"I'm excited to talk at the conference and explain the role Manchester Airport hopes to play in making the Northern Powerhouse vision a reality."

The conference, which is being sponsored by Manchester Airport and supported by Greater Manchester Chamber of Commerce, is aimed at business people as well as those involved in local and central government, education, economic development initiatives, health and social care, transport and the voluntary sector.

Paul Bolton, Deputy Chief Executive at Salford University’s SPD, which is organising the event, said: “It promises to be a brilliant, agenda-setting event which will give delegates an idea of what the future holds for Greater Manchester in terms of the benefits for business, science, government and transport, as well as the delivery of public services.”

Tickets for the conference start from £225 + VAT and are on sale on Salford University’s website at http://www.salford.ac.uk/onecpd/courses/the-future-of-the-northern-powerhouse-and-local-government-conference-the-impact-on-greater-manchester.