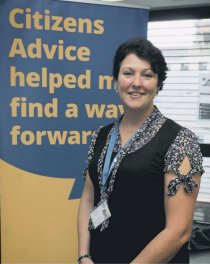 Frontier PR has been appointed by Citizens Advice Wigan Borough to raise awareness of the charity through creative campaigns.

The charity's team provides expert advice and support across a wide range of issues, including benefits, debt and finance, consumer affairs and domestic abuse.

Frontier PR has been appointed to deliver creative campaigns to raise the local branch of the national charity’s profile.

The agency will execute campaigns that will crowdsource advice from members of the public, deliver a week of action using case studies of people helped by the charity and provide regional support for national campaigns, including the recent #TalkAboutAbuse project and national re-brand.

Frontier PR’s appointment builds on the work it’s has delivered for the Wigan Advice Network Development Project, of which Citizens Advice Wigan Borough was a founding member.

Lisa Kidston, Chief Officer at Citizens Advice Wigan Borough, said: “Citizens Advice has been around in one form or another since the 1930s to advise people on a whole host of subjects.

“But against a backdrop of changes to welfare and an overload of information, people are now more than ever in need of timely, quality advice.

“After working with Frontier PR on the WAND project, we knew that they were the right agency to deliver creative PR campaigns to highlight what we and other specialist advice agencies do for people across the Wigan Borough.”

David Innes-Edwards, Managing Director at Frontier PR, said: “Citizens Advice is one of the UK’s most recognised high street names, and we are thrilled to have the opportunity to work with Citizens Advice Wigan Borough to develop exciting content across their digital channels and in the media to highlight the vital part it plays in the community.”