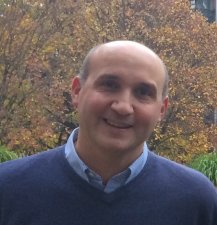 Frontier Public Relations is delighted to announce that it will be working with Jon Land to establish a series of Let’s Talk Housing events across the country in 2016.

The popular campaign, which was founded by Frontier, aims to create a platform for tackling some of the biggest challenges facing housing associations, including the public and political perceptions of the social housing sector.

Following a successful launch event at the Conservative Party Conference in October, Frontier will now work with Jon to take the Let’s Talk Housing campaign on the road with events that address regional and local challenges.

The former 24 Housing editor will work with landlords to bring together a combination of housing association chief executives, politicians, media representatives and experts from outside the sector to fuel a healthy debate on the future of housing – and help landlords open a meaningful dialogue with decision makers and influencers.

Plans for the first regional Let’s Talk Housing event will be announced in December 2015.

Jon said: “There is little doubt that housing associations are going through turbulent times at the moment. We are dealing with a challenging policy landscape while our image - and that of our residents - has taken a bashing at the hands of the media.

“We need to find a way to change perceptions of what we do in a way that recognises the vital role we play as the largest providers of affordable housing in this country.

“I believe Frontier's Let's Talk Housing campaign provides a genuine platform to inform the public, the media and politicians about the important work we do and ultimately change the way people think. There may be some tough conversations but I am delighted to be involved.”

Bobbie Hough from Frontier added: “I can think of no better person to take this campaign forward than Jon.

“It was clear from our first Let’s Talk Housing event in October that there is a huge appetite from people in the sector to get out there and engage with politicians and the public in new ways.

“Let’s Talk Housing provides a platform for those conversations, and offers space for senior figures to have a meaningful debate. Housing is facing some huge challenges in 2016, and we hope that Let’s Talk Housing will help landlords to meet some of those  head on.”

If you are interested in hosting a Let’s Talk Housing event contact Bobbie Hough on 0161 306 8540 or email info@letstalkhousing.co.uk